The Milky Way Galaxy is 50% Than Recently Thought 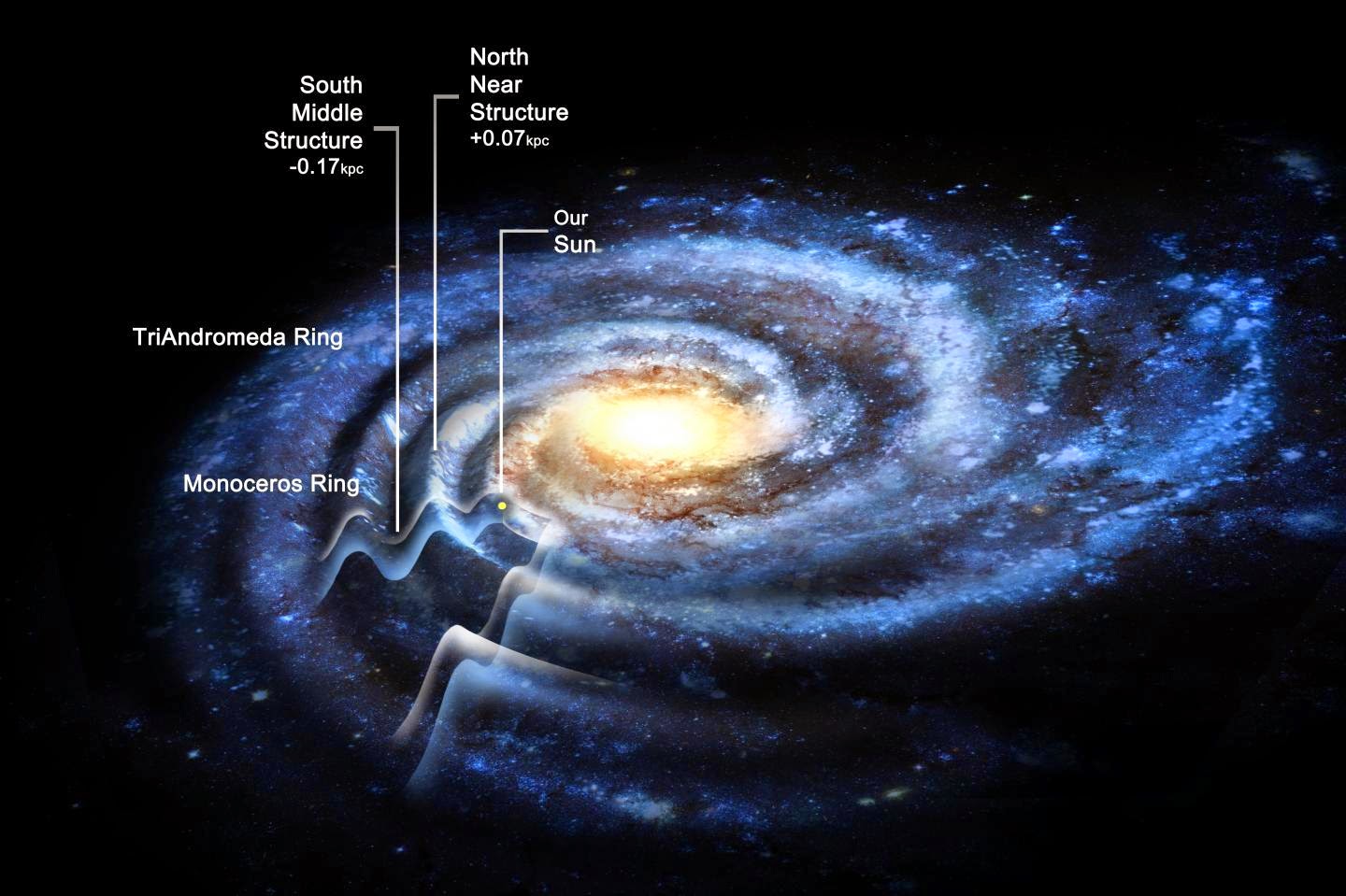 The Milky Way galaxy is at least 50 percent larger than is commonly estimated, according to new findings that reveal that the galactic disk is contoured into several concentric ripples. The research, conducted by an international team led by Rensselaer Polytechnic Institute Professor Heidi Jo Newberg, revisits astronomical data from the Sloan Digital Sky Survey which, in 2002, established the presence of a bulging ring of stars beyond the known plane of the Milky Way.

"In essence, what we found is that the disk of the Milky Way isn't just a disk of stars in a flat plane--it's corrugated," said Heidi Newberg, professor of physics, applied physics, and astronomy in the Rensselaer School of Science. "As it radiates outward from the sun, we see at least four ripples in the disk of the Milky Way. While we can only look at part of the galaxy with this data, we assume that this pattern is going to be found throughout the disk."

Importantly, the findings show that the features previously identified as rings are actually part of the galactic disk, extending the known width of the Milky Way from 100,000 light years across to 150,000 light years, said Yan Xu, a scientist at the National Astronomical Observatories of China (which is part of the Chinese Academy of Science in Beijing), former visiting scientist at Rensselaer, and lead author of the paper.

"Going into the research, astronomers had observed that the number of Milky Way stars diminishes rapidly about 50,000 light years from the center of the galaxy, and then a ring of stars appears at about 60,000 light years from the center," said Xu. "What we see now is that this apparent ring is actually a ripple in the disk. And it may well be that there are more ripples further out which we have not yet seen."

In related news, it seems the Milky Way also has a bunch more dwarf galaxies in orbit.
Posted by Will Baird at Wednesday, March 11, 2015

Gotta admit, we live in a pretty kickarse galaxy. Good roomy size, plenty of nearby "galactic moons" to explore. Just need to start mastering that finicky space business. Here's hoping someone will forge a new country focused specifically on space as the main agenda.