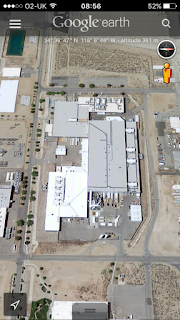 Spotted outside of Palmdale.  Do you see it?

Lockheed is asking the Navy to consider a flying wing for the Stingray since it would allow for an upgrade path to a true stealthy strike platform in the future at a reduced cost.


Due to flight test delays, it has become unlikely the X-2 will be delivered to the Japanese air force by the end of March deadline. 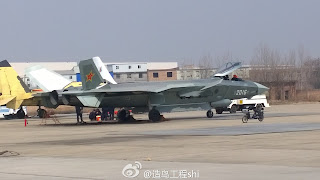 The J-20 was recently photographed at the China Flight Test Establishment at Yanliang airbase in Xi’an.

The US Air Force wanted to build a stealthy transport plane for transporting special forces.  The question is whether or not they built it.  The upgrades for the current transport have been skipped.  Which may mean nothing, but it might mean everything.

Lockheed has come out to state it would cost $3.8B for 30 airframes for the TR-X high altitude, stealthy follow-on to the U-2 and Global Hawk.  It will take ten years to deploy from go.  Rumor has it this might already be in the wild, if still in the black.

The Russians are also stating their Sixth Gen will be better than the US.  Oh, Russia, you so silly.  Is your paper airplane better than ours?

Lockheed expressed the opinion (paywall) the 6th generation fighter is 30 years away and should not be rushed into.  I have to wonder if the bad press for the F-35 is worrying them and their chances for capturing the 6th gen.  Its also in their interest, economically, to keep milking the F-35 for as long as possible.  It might also be they are concerned a 6th gen might get pushed through quickly and Congress will do to the F-35 what it did to the F-22.

McCain is demanding the US Air Force publicly release the value of the B-21 contract.

The cost plus vs fixed price contract debate gets profiled for the B-21.

The Air Force is asking Congress for a separate fund for its nuclear weapons delivery system replacements, inclusive of the B-21.

The B-21 procurement is about to get really political.

Saving money on the F-22 program by ending it early is increasingly being called a very grave mistake.

War is Boring harps on a comment a general made about commonality of the F-35 models, going as far as to say they really ought to be labeled the F-35, F-36 & F-37.

The lighter F-35 helmet and ejection seat fix are going into testing shortly.

ALIS problems could delay the August 1st IOC for the F-35A (paywall).

What *IS* left on the US Air Force checklist to declare IOC for the F-35A?

The Luke AFB F-35s have dropped their first bombs.

More investment by the government is needed to allow the F-35 to hit the $85 million price.

The US Air Force is developing a new air to air missile for its stealth fighters.  This is called the small advanced capabilities missile or miniature self-defence munition, depending on the source.  It is 6 ft long instead of 12 ft like the AMRAAM and meant to allow doubling of the number of missiles carried internally by the F-35 and F-22.

The Royal Air Force will be developing their own mini cruise missile, SPEAR, for the F-35.

The Danish fighter buy (probably F-35) will probably be delayed.

Uncertainy is hurting Canadian industrial participation in the F-35 due to the Canadian recompete of the program.

An upgrade path may significantly help the US with its aircraft.
Posted by Will Baird at Tuesday, March 22, 2016