This blog has been rather neglected.
I am hoping about the middle of next month, I can get past what has been eating my brain, time and life to post once more. I may get something out tomorrow though.
Posted by Will Baird at Thursday, July 28, 2011 2 comments:

Email ThisBlogThis!Share to TwitterShare to FacebookShare to Pinterest
Labels: life, suckage, TEH AWESOME, TEH STOOPID

The Computer Game (and Interface) I Want

Yeah, stick late at the dayjob...waiting for my turn again.
Posted by Will Baird at Wednesday, July 13, 2011 No comments: 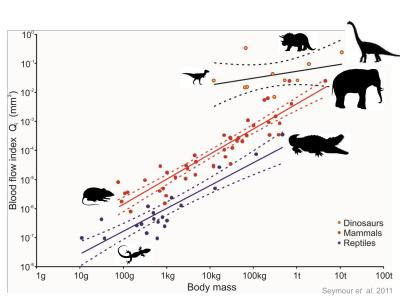 (caption:The y-axis is an index of the amount of blood flow through the foramen in relation to the body size of mammals (red), reptiles (blue) and dinosaurs (orange-red).)

New research from the University of Adelaide has added to the debate about whether dinosaurs were cold-blooded and sluggish or warm-blooded and active.
Professor Roger Seymour from the University's School of Earth & Environmental Sciences has applied the latest theories of human and animal anatomy and physiology to provide insight into the lives of dinosaurs. The results will be published this month in Proceedings B, the Proceedings of the Royal Society B (Biological Sciences), and can now be found online at: http://dx.doi.org/10.1098/rspb.2011.0968
Human thigh bones have tiny holes – known as the 'nutrient foramen' – on the shaft that supply blood to living bone cells inside. New research has shown that the size of those holes is related to the maximum rate that a person can be active during aerobic exercise. Professor Seymour has used this principle to evaluate the activity levels of dinosaurs.
"Far from being lifeless, bone cells have a relatively high metabolic rate and they therefore require a large blood supply to deliver oxygen. On the inside of the bone, the blood supply comes usually from a single artery and vein that pass through a hole on the shaft – the nutrient foramen," he says.
Professor Seymour wondered whether the size of the nutrient foramen might indicate how much blood was necessary to keep the bones in good repair. For example, highly active animals might cause more bone 'microfractures', requiring more frequent repairs by the bone cells and therefore a greater blood supply.
"My aim was to see whether we could use fossil bones of dinosaurs to indicate the level of bone metabolic rate and possibly extend it to the whole body's metabolic rate," he says. "One of the big controversies among paleobiologists is whether dinosaurs were cold-blooded and sluggish or warm-blooded and active. Could the size of the foramen be a possible gauge for dinosaur metabolic rate?"
Comparisons were made with the sizes of the holes in living mammals and reptiles, and their metabolic rates. Measuring mammals ranging from mice to elephants, and reptiles from lizards to crocodiles, one of Professor Seymour's Honours students, Sarah Smith, combed the collections of Australian museums, photographing and measuring hundreds of tiny holes in thigh bones.
"The results were unequivocal. The sizes of the holes were related closely to the maximum metabolic rates during peak movement in mammals and reptiles," Professor Seymour says. "The holes found in mammals were about 10 times larger than those in reptiles."
These holes were compared to those of fossil dinosaurs. Dr Don Henderson, Curator of Dinosaurs from the Royal Tyrrell Museum in Alberta, Canada, and Daniela Schwarz-Wings from the Museum für Naturkunde and Humboldt University Berlin, Germany, measured the holes in 10 species of dinosaur from five different groups, including bipedal and quadrupedal carnivores and herbivores, weighing 50kg to 20,000kg.
"On a relative comparison to eliminate the differences in body size, all of the dinosaurs had holes in their thigh bones larger than those of mammals," Professor Seymour says.
"The dinosaurs appeared to be even more active than the mammals. We certainly didn't expect to see that. These results provide additional weight to theories that dinosaurs were warm-blooded and highly active creatures, rather than cold-blooded and sluggish."

I don't have time to read the paper, but did they do modern birds?
Some original content coming soon, promise.
We both lovez and hatez the Beast Heads!
Posted by Will Baird at Friday, July 08, 2011 No comments: 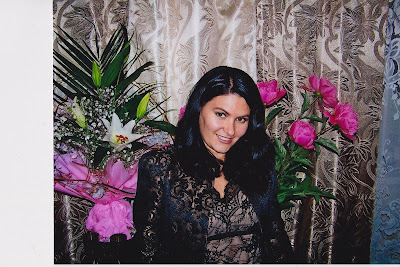 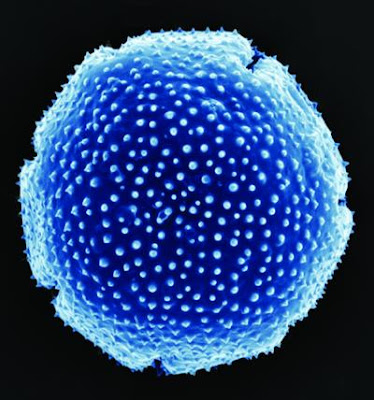 A painstaking examination of the first direct and detailed climate record from the continental shelves surrounding Antarctica reveals that the last remnant of Antarctic vegetation existed in a tundra landscape on the continent's northern peninsula about 12 million years ago. The research, which was led by researchers at Rice University and Louisiana State University, appears online this week and will be featured on the cover of the July 12 issue of the Proceedings of the National Academy of Sciences.
The new study contains the most detailed reconstruction to date of the climatic history of the Antarctic Peninsula, which has warmed significantly in recent decades. The rapid decline of glaciers along the peninsula has led to widespread speculation about how the rest of the continent's ice sheets will react to rising global temperatures.
"The best way to predict future changes in the behavior of Antarctic ice sheets and their influence on climate is to understand their past," said Rice University marine geologist John Anderson, the study's lead author. The study paints the most detailed picture to date of how the Antarctic Peninsula first succumbed to ice during a prolonged period of global cooling.
In the warmest period in Earth's past 55 million years, Antarctica was ice-free and forested. The continent's vast ice sheets, which today contain more than two-thirds of Earth's freshwater, began forming about 38 million years ago. The Antarctic Peninsula, which juts farther north than the rest of the continent, was the last part of Antarctica to succumb to ice. It's also the part that has experienced the most dramatic warming in recent decades; its mean annual temperatures rose as much as six times faster than mean annual temperatures worldwide.
"There's a longstanding debate about how rapidly glaciation progressed in Antarctica," said Sophie Warny, a Louisiana State University geologist who specializes in palynology (the study of fossilized pollen and spores) and led the palynological reconstruction. "We found that the fossil record was unambiguous; glacial expansion in the Antarctic Peninsula was a long, gradual process that was influenced by atmospheric, tectonic and oceanographic changes."
Warny, her students and colleague Rosemary Askin were able to ascertain the exact species of plants that existed on the peninsula over the past 36 million years after a painstaking, three-year examination of thousands of individual grains of pollen that were preserved in muddy sediments beneath the sea floor just off the coast.
"The pollen record in the sedimentary layers was beautiful, both in its richness and depth," Warny said. "It allowed us to construct a detailed picture of the rapid decline of the forests during the late Eocene -- about 35 million years ago -- and the widespread glaciation that took place in the middle Miocene -- about 13 million years ago."