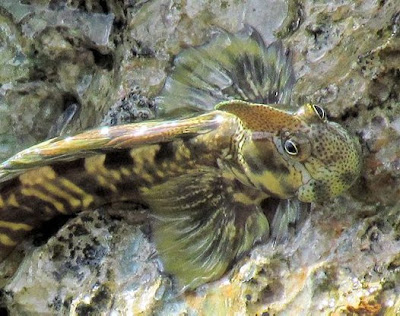 One of the world's strangest animals – a unique fish that lives on land and can leap large distances despite having no legs – has a rich and complex social life, a new study has found.

The odd lifestyle of the Pacific leaping blenny (Alticus arnoldorum) has been detailed for the first time in research findings that throw new light on how animal life first evolved to colonise the land.

The Pacific leaping blenny is a marine fish yet is terrestrial in all aspects of its daily adult life, eking out a precarious existence in the intertidal zone of rocky shores in Micronesia, according to the study published in the journal Ethology , led by Dr Terry Ord, of the UNSW Evolution and Ecology Research Centre.

"This remarkable little fish seems to have made a highly successful transition across the water–land interface, although it is still needs to stay moist to enable it to breathe through its gills and skin," says Dr Ord, who is an evolutionary ecologist with a special interest in animal behaviour.

"Our study showed that life on land for a marine fish is heavily dependent on tide and temperature fluctuations, so much so that almost all activity is restricted to a brief period at mid-tide, the timing of which changes daily. During our field study on Guam we never saw one voluntary return to water. Indeed, they spend much of their time actively avoiding submersion by incoming waves, even when we tried to capture them for study.

"I can tell you they are very hard to catch and are extremely agile on land. They move quickly over complex rocky surfaces using a unique tail-twisting behaviour combined with expanded pectoral and tail fins that let them cling to almost any firm surface. To reach higher ground in a hurry, they can also twist their bodies and flick their tails to leap many times their own body length."

Working with Toni Hsieh, of Temple University in the US, Dr Ord found that adult blennies shelter in rock crevices at high and low tide, emerging at mid-tide to feed, breed and socialise in surprisingly complex ways – given their brief window of opportunity.

The researchers discovered that males are territorial and use complex visual displays to warn off rivals and attract mates. Females were seen aggressively defending feeding territory at the start of their breeding season, while males displayed a red-coloured fin and nodded their heads vigorously to attract females to their closely defended rock holes. The team filmed females inspecting these holes before entering with a chosen mate.

Little is known of their breeding and development of the young, but it seems that females lay their eggs in a chosen rock hole then play no further role in parenting, leaving the male to guard the eggs.

There's a good video here. The thing is damned agile. I was only aware of the mudskipper.

I Hate the Name Anthropocene

Anthropocene Mapping from Globaïa on Vimeo.

The Holocene is the same thing, really, and predates the goofy name. This is a nifty video though.

Nicked from James,
Posted by Will Baird at Tuesday, August 30, 2011 No comments: 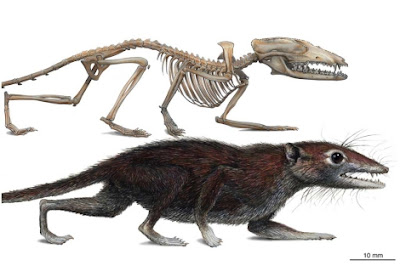 A remarkably well-preserved fossil discovered in northeast China provides new information about the earliest ancestors of most of today's mammal species—the placental mammals. According to a paper published August 25 in the prestigious journal Nature, this fossil represents a new milestone in mammal evolution that was reached 35 million years earlier than previously thought, filling an important gap in the fossil record and helping to calibrate modern, DNA-based methods of dating the evolution.

The paper by a team of scientists led by Carnegie Museum of Natural History paleontologist Zhe-Xi Luo describes Juramaia sinensis, a small shrew-like mammal that lived in China 160 million years ago during the Jurassic period. Juramaia is the earliest known fossil of eutherians—the group that evolved to include all placental mammals, which provide nourishment to unborn young via a placenta. As the earliest known fossil ancestral to placental mammals, Juramaia provides fossil evidence of the date when eutherian mammals diverged from other mammals: metatherians (whose descendants include marsupials such as kangaroos) and monotremes (such as the platypus). As Luo explains, "Juramaia, from 160 million years ago, is either a great-grand-aunt, or a 'great-grandmother' of all placental mammals that are thriving today."

The fossil of Juramaia sinensis was discovered in the Liaoning Province in northeast China and examined in Beijing by Zhe-Xi Luo and his collaborators: Chong-Xi Yuan and Qiang Ji from the Chinese Academy of Geological Sciences, and Qing-Jin Meng from the Beijing Museum of Natural History, where the fossil is stored. The name Juramaia sinensis means "Jurassic mother from China." The fossil has an incomplete skull, part of the skeleton, and, remarkably, impressions of residual soft tissues such as hair. Most importantly, Juramaia's complete teeth and forepaw bones enable paleontologists to pin-point that it is closer to living placentals on the mammalian family tree than to the pouched marsupials, such as kangaroos.

less than no time...but could not resist.
Posted by Will Baird at Wednesday, August 24, 2011 No comments:

Brain cruncher is nearly done with me.
Posted by Will Baird at Wednesday, August 24, 2011 No comments: 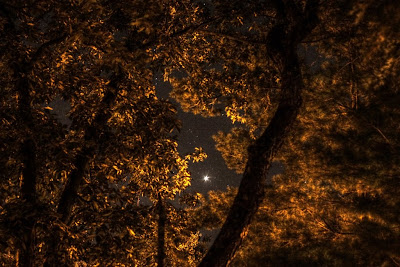 Its not mine though.
Posted by Will Baird at Monday, August 22, 2011 No comments:

From the GLXP Summit 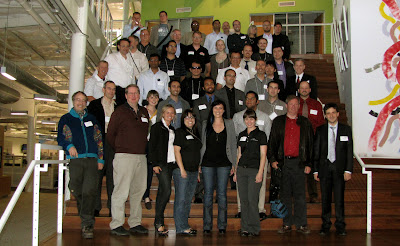 ARCA posted that from the team summit last july: we were at the Google's headquarters. 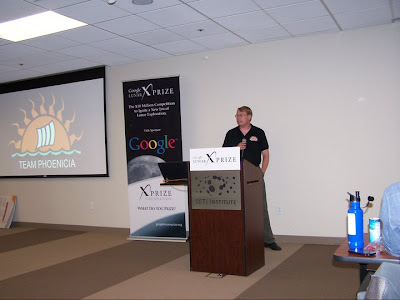