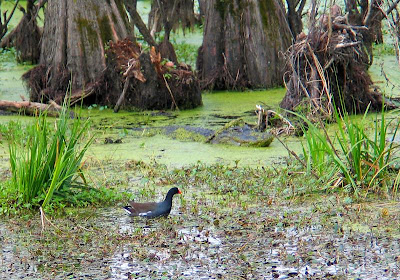 Bird wings only have three fingers, having evolved from remote ancestors that, like humans and most reptiles, had five fingers. Biologists have typically used embryology to identify the evolutionary origin (homology) of structures; the three fingers of the bird wing develop from cartilage condensations that are found in the same positions in the embryo as fingers two, three and four of humans (the index, middle and ring fingers). However, the morphology of the fingers of early birds such as Archaeopteryx corresponds to that of fingers one, two and three in other reptiles (thumb, index and middle finger). The fossil record clearly shows that fingers four and five (ring and pinky finger) were lost and reduced in the dinosaur ancestors of birds.

Further, the lack of expression of the HoxD-11 gene in the first finger of the wing makes it most similar to finger one (the "thumb") of the mouse, consistent with comparative morphology. However, the mouse is only distantly related to birds; crocodilians, in turn, are bird's closest living relatives.

To see whether the evidence from mouse HoxD-11 expression held up, Vargas and colleagues, working at the lab of Gunter Wagner at Yale, have examined the expression of this gene in alligators; they found the expression to be, as in mice, absent only in finger one (the "thumb").

Developmental and evolutionary biologists are familiar with the phenomenon of homeotic transformations, in which one structure begins to develop at a different position within the body. A famous example is the case of the fruitfly mutant antennapaedia, which develops legs on its head instead of antennae. The new work by Vargas et al. rekindles the hypothesis that a "hometic frameshift" occurred in the evolution of the bird wing, such that fingers one, two and three began to develop from the embryological positions of fingers two, three and four.

Sure, but it's being used as a way to compare the finger development between birds and crocodiles (and mice), effectively producing a phylogenetic bracket that doesn't actually tell us anything about WHEN that frame shift occurred.

It would be another story entirely if the MBists were suggesting when that frame shift occurred based on some kind of abstract genetic clock. Look, my problem with MB phylogenies is that they assume (by necessity) a continuous rate of mutation, which just doesn't work in the real world. There are plenty of modern animals that have evolved (like that herbivorous lizard, remember?) who have evolved spectacularly fast.