Who's Your Phoenician Daddy? 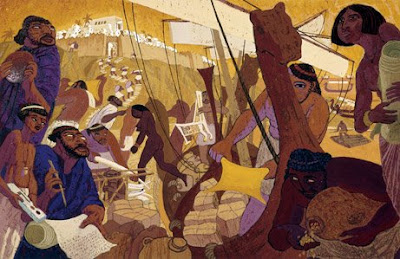 Ancient maritime traders of the Mediterranean may have left behind a large genetic footprint in the region, where 1 in 17 men still harbors Phoenician DNA, according to a new study.

kewl. I ahve to say, though, that it would not entirely be correct to say the Phoenicians had disappeared by the time the Romans appeared. Tyre and Carthage and all those types were around. A little.


PS Mild soft spot for the Phoenicians. I know you all would have never guessed that...
Posted by Will Baird at Thursday, October 30, 2008