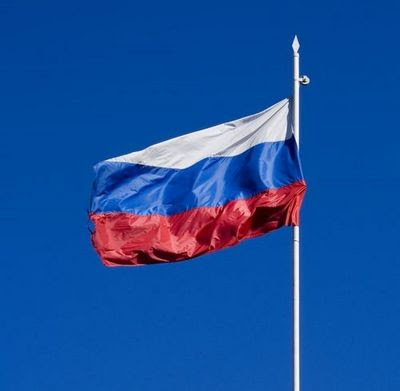 Russia, land of the the bear, Moscow, and vodka, the world's largest country (by land area) and a land that was once so full of potential after the fall of the Soviet Union. Potential that has been squandered. I have written about it before. I am sure I will write about it in the future. Right now, Russia is facing some serious problems. Immediate problems.

The first is the Russo-Georgian War. It won. It won big time and stomped little Georgia flat. However, it exposed a lot of flaws in its military at the same time. Relatively minor was the fact that the tanks used were by and large T-62s and T-72s. These are old tanks. that's not so bad though since they really didn't need top of the line equipment to take down the Georigans...

However, their air force was of more concern. They used their top of the line aircraft. They used their A team pilots: the ones they use for instructors. Yet, unlike the Israelis that just flew in and out of Syria recently blowing up a purported nuclear reactor without losing a single aircraft. The missiles the Israelis faced were better. Supposedly, the Israelis used modern electronic warfare and info warfare to hack and disable everything they came across. Yet, teh Russians seem to have been unable to do the same thing. They lost a supposed 10 planes against a pipsqueek power. 10! What would they do against a second rate power? I don't even want to think about what would happen if they took on the US.

We all knew that Russians were in bad shape for their military, but this...

Politically Russia took one in the shorts today wrt the war:

The executive board of the Asian Development Bank, representing countries from Japan and China to Turkmenistan and Uzbekistan, unanimously approved a $40 million loan to Georgia at the lowest possible interest rate on Friday, the latest sign of Asian dissatisfaction with Russian military action there.

Juan Miranda, director general of the bank's Central and West Asia Department, said that the loan had been scheduled for board consideration on Friday before Russian troops moved into Georgia a month ago. But the Russian military action strengthened support at the bank for helping Georgia, he said.

The 32-year loan carries an interest rate of just 1 percent for the first eight years and 1.5 percent for the remainder of the loan, making it a soft loan on preferential terms.

The loan was so popular with the 12-member board that if the loan had not already been on the most generous terms available from the bank, "we would have softened it," Miranda said.

The bank is also studying the possibility of making an emergency loan to Georgia to help it cope with budget problems after the brief war with Russia. "The month of August was not a very good month for tax collection," in Georgia, Miranda said.

From here. Wow. Best possible terms from the countries that are supposed to be friendly with the Russians and with whom the Russians sought diplomatic backing from then balked.

Then there's the economic front. Noel Maurer points out that there has been a meltdown underway for some time there even before the war and continued afterwards. Now there's a news story about how the Russian banking system is now facing a liquidity crunch. Then there's the news that oil prices are falling (just over $100 barrel) which is the major source of foreign cash flow into Russia and Russian oil production is falling too (.5% this year).

Then there's demographics in Russia...oy. It's plausible that in 2030 we're looking at a 85 million person Russia. From a 140 million population of today.

huh. Russia's in trouble. Short and long term. I wonder if its adventurism is merely an attempt to convince themselves they are important. Something of a mid life crisis...just before its starts to really wither and age...ungracefully.
Posted by Will Baird at Friday, September 12, 2008