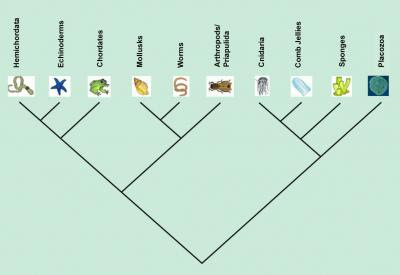 A new and comprehensive analysis confirms that the evolutionary relationships among animals are not as simple as previously thought. The traditional idea that animal evolution has followed a trajectory from simple to complex—from sponge to chordate—meets a dramatic exception in the metazoan tree of life. New work suggests that the so-called "lower" metazoans (including Placozoa, corals, and jellyfish) evolved in parallel to "higher" animals (all other metazoans, from flatworms to chordates). It also appears that Placozoans—large amoeba-shaped, multi-cellular animals—have passed over sponges and other organisms as an animal that most closely mirrors the root of this tree of life.

"To make inferences about the origin of Bilaterians—animals with a bilateral symmetry, like humans—earlier studies suggested sponges, ctenophores (comb jellies), or a small, interesting group called Placozoa as the most basal or primitive animal," says senior author Rob DeSalle, Curator at the Sackler Institute for Comparative Genomics at the American Museum of Natural History. "But our new analysis implies that the first major event in animal evolution split bilateral animals from all others, and our work firmly places Placozoa as the most primitive of the nonbilaterian animals."

Oh, other than here's gramma! 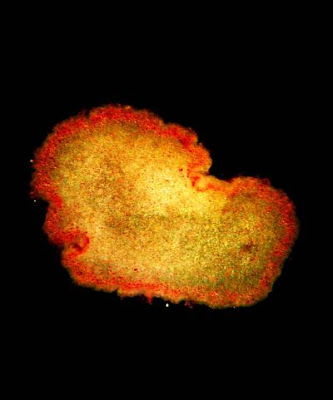