Probably Related to What Doug Just Sent Me 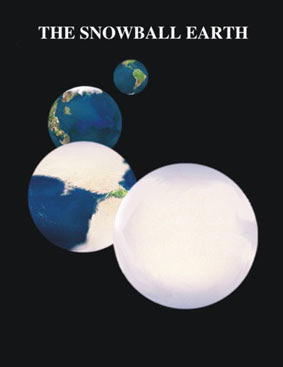 Stretching the Envelope of Past Surface Environments: Neoproterozoic Glacial Lakes from Svalbard

The oxygen isotope composition of terrestrial sulfate is affected measurably by many Earth-surface processes. During the Neoproterozoic, severe "snowball" glaciations would have had an extreme impact on the biosphere and the atmosphere. Here, we report that sulfate extracted from carbonate lenses within a Neoproterozoic glacial diamictite suite from Svalbard, with an age of ~635 million years ago, falls well outside the currently known natural range of triple oxygen isotope compositions and indicates that the atmosphere had either an exceptionally high atmospheric carbon dioxide concentration or an utterly unfamiliar oxygen cycle during deposition of the diamictites.

Nat Geo has a Popsci version of the above. Now if only I had the paper. Interesting that the Ediacaran had so many interesting and oddball things happening in it. Or is this Cryogenian?

Different time frames from what Doug sent me. I didn't get a chance to read what he had. That covers the Great Oxidization Event: here and here. The GOE was 1.8 billion years older. There was a lot more sulfur in the atmosphere then though like both the Ediacaran-Cryogenian Boundary and GOE.