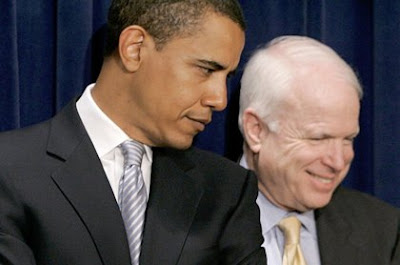 Both Obama and McCain voted for telecom immunity & warrantless wire tapping bill. I cannot believe that Obama did that. McCain, I can believe since he's sucking up to Shrubbish to win over the Concons, but Congress and the Senate are by and large in Democratic hands.

Small update: Obama originally said he'd filibuster anything like this. Then he didn't. No flipflop there.
Posted by Will Baird at Friday, July 11, 2008