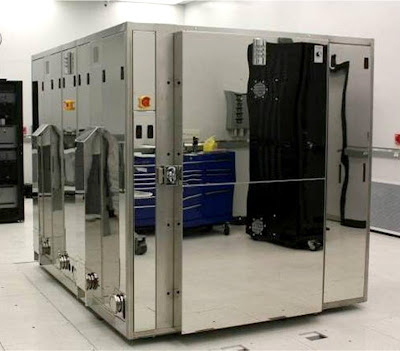 The company claimed ownership of this record by completing the final demonstration milestone of the U.S. military's Joint High Power Solid State Laser (JHPSSL) program, Phase 3. The achievements included turn-on time of less than one second and continuous operating time of five minutes, with very good efficiency and beam quality. Last year, Northrop Grumman reported reaching a JHPSSL Phase 3 power level of 15.3kW in March and a power level of 30kW in September.

"This achievement is particularly important because the 100kW threshold has been viewed traditionally as a proof of principle for 'weapons grade' power levels for high-energy lasers. In fact, many militarily useful effects can be achieved by laser weapons of 25kW or 50 kW, provided this energy is transmitted with good beam quality, as our system does. With this milestone, we have far exceeded those needs."

The next step is to weaponize this demonstrator. That could be done in as little as 5 years, but I doubt it will. While there are countermeasures for lasers, they're a lot less effective than people think. It will also take time and up the cost of the per round firings. It will be possible to saturate a defense like this, but it's going to be expensive to do that too. The goal ought to be to make these weapons smaller (if those tiles are like the oens here at work, that demonstrator is 9 ft by 9 ft) and make them ubiquitous across all major combat fighting vehicles. Then you have a chance of saying "if it flies, it dies." OTOH, even with the truck version they are talking about now, aircraft are going to have issues if they come above the horizon...
Posted by Will Baird at Wednesday, March 18, 2009