Russia Working on ASATs to Match US, China? 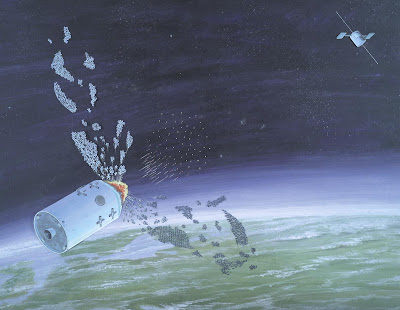 Russia is working to develop anti-satellite weapons to match efforts by other nations, a deputy defense minister was quoted as saying Thursday.

Gen. Valentin Popovkin said Russia continues to oppose a space arms race but will respond to moves made by other countries, according to Russian news reports.

"We can't sit back and quietly watch others doing that, such work is being conducted in Russia," Popovkin was quoted as saying.

Russia already has some "basic, key elements" of such weapons, but refused to elaborate, Popovkin said.

Popovkin, who previously was the chief of Russian military Space Forces, reportedly made the statement at a news conference in response to a question about U.S. and Chinese tests of anti-satellite weapons.

How much of this is Russian me-too-ism, IDK. However, it ought to be noted that the Soviet Union had a very functional coorbital ASAT system and some satellite blinding lasers (supposedly): how much is still viable, IDK, but possibly not much at all. It ought to be noted that the power needed for blinding lasers (temporary blinding) is not much. It's more a pointer-tracker accuracy problem than a laser output issue: it's just like shining a spot light in someone's face...just further away.
Posted by Will Baird at Thursday, March 05, 2009