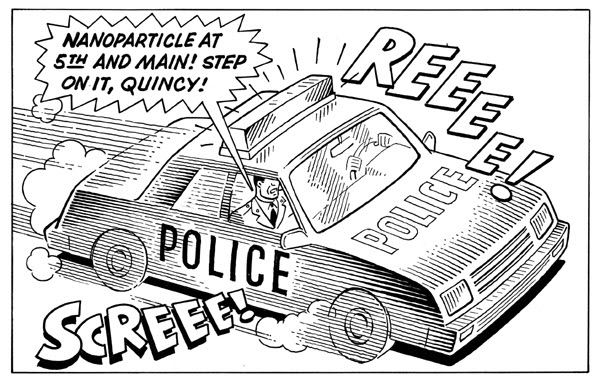 Where I work recently opened the newest facility at the Lab, The Molecular Foundry. It's a facility dedicated to researching nanotech and nanoscale science. The City of Berkeley, aka the People's Republic of Berkeley, requires a lot of paperwork whenever the Lab wants to build something. I mean a lot. So when we built the tMF, we complied with the construction codes. The article linked to above notes that Berkeley didn't have a clue about what we were doing and recently passed some stringent code wrt to nanotech. In some senses its understandable, but in others...the way Berkeley approached it:

“We sent them a bunch of questions, starting with: ‘What the heck is a nanoparticle?’ ” Mr. Al-Hadithy said.

That could have been answered without asking the Lab about it. I guess perhaps I am just one of those people that are aware enough of what's going on around him technowise that I knew the answer and perhaps it's just unfair of me to think this, but...where the heck has Berkeley been? Nanotech has been talked about in one form or another for over a decade and a half now! Then again, I have said before that Berkeley is that place that the Sixties didn't simply fade away. It must be a refugium! I do have to wonder what it will be like with the passing of the Boomers.
Posted by Will Baird at Wednesday, January 17, 2007