Reiser Still Trying to Talk His Way Out 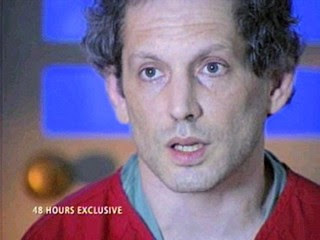 A status and potential sentencing hearing for convicted murder Hans Reiser was continued today, as talks are still ongoing on an agreement to give Reiser a lesser charge of second-degree murder.

The hearing will be rescheduled for later this month.

In April, Reiser was convicted of first-degree murder in the killing of his wife, who was last seen alive Sept. 3, 2006, when she dropped off the couple's two children at Hans Reiser's home in the Oakland hills.

Last month, however, Hans Reiser led police to the site where he buried his estranged wife. The skeletal remains were identified as those of Nina Reiser, 31. Hans Reiser, 44, had agreed to turn over Nina's body as part of a proposed deal where the computer engineer would receive a second-degree murder charge.

He still probably thinks he can outsmart everyone...
Posted by Will Baird at Wednesday, August 13, 2008

Email ThisBlogThis!Share to TwitterShare to FacebookShare to Pinterest
Labels: hans reiser, TEH STOOPID