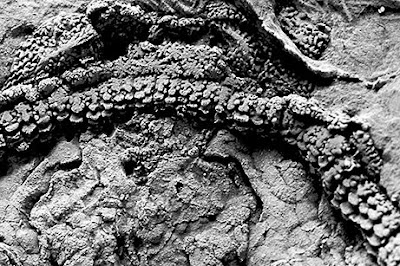 The earliest known braincase of a shark-like fish has shown some assumptions about the early evolution of vertebrates are "completely wrong," experts say.

The 415-million-year-old specimen of a Ptomacanthus is only the second known example of a braincase from an Acanthodian, a long-extinct group of fossil fish that existed near the time that bony fish and cartilaginous fish—animals with skeletons made up of a type of connective tissue—split off into separate branches.

The other braincase, from a species called Acanthodes, dates to a hundred million years after the Acanthodian group came into existence, casting most of this period of the group's evolution into shadow.

"We've known about [Acanthodians] for 150 years or more, but the braincase has always been missing," said study lead author Martin Brazeau, a Ph.D. student at Uppsala University in Sweden. "To fit it in now is kind of exceptional."

Before this discovery, most scientists believed that the braincases of Acanthodians resembled those of bony fish, and were thus related to this type of animal.

But data from the new fossil support an emerging idea that the ancient group of fish included a diverse tableau of shapes and characteristics that defy clear-cut categories.

hmmm. Sounds like the Pre PT Extinction therapsids vs mammals today. If there were no mass extinctions life might not be as differentiated into the groups that we recognize today.
Posted by Will Baird at Wednesday, January 14, 2009