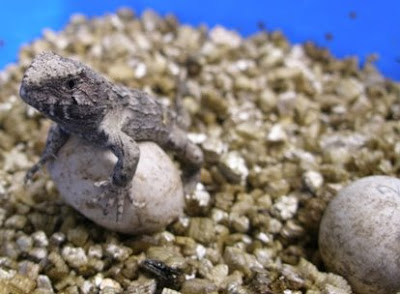 The fossil of a lizard-like New Zealand reptile has been identified by a team of scientists from UCL (University College London), University of Adelaide, and the Museum of New Zealand Te Papa Tongarewa. The fossil, dating back 18 million years, has triggered fresh arguments over whether the continent was fully submerged some 25 million years ago.

Today, the endangered New Zealand tuatara (Sphenodon) is a lizard-like reptile that is the only survivor of a group that was globally widespread at the time of the dinosaurs. The tuatara lives on 35 islands scattered around the coast of New Zealand, mainland populations having become extinct with the arrival of humans and associated animals some 750 years ago.

The oldest known Sphenodon fossil dates to the Pleistocene era (around 34,000 years old), while the new discovery dates to the Early Miocene some 19 to 16 million years ago (Mya).The fossil, of jaws and dentition closely resembling those of the present-day tuatara, bridges a gap of nearly 70 million years in the fossil record of the group between the Late Pleistocene of New Zealand and the Late Cretaceous of Argentina.

In a paper published this week in the Proceedings of the Royal Society B, the team says that its findings offer further evidence that the ancestors of the tuatara have been on the landmass since it separated from the rest of the southern continents (Gondwana) some 82 Mya.

Lead author Dr Marc Jones, UCL Cell and Developmental Biology, says: "It has been argued that New Zealand was completely submerged during the Oligo-Miocene drowning of the continent some 25 to 22 million years ago (Mya). However, the diversity of fossils now known from the Miocene (St Bathans Fauna of the Manuherikia Group) suggests it is more likely that enough land remained above the water to ensure the survival of a number of species, such as frogs, kauri trees and several modern freshwater insects, as well as the tuatara."

"The fossil also provides the first direct evidence that the ancestors of the tuatara survived in New Zealand despite substantial climatic and environmental changes, such as a global temperature drop of some eight degrees celsius around 14 million years ago (Mid-Miocene).

"Between the Late Oligocene and earliest Miocene (35 to 22 Mya) a global sea-level rise submerged much of New Zealand, but the question is, by how much? If the continent of Zealandia was completely submerged, the Sphenodon would have had to recolonize it by ocean rafting. If we look at the transoceanic capabilities of modern Sphenodon, it can swim, but only short distances; it is able to survive without food for several months, but dehydration would be a serious problem for a long journey because of high rates of water loss through the skin. Furthermore, there is currently no evidence of a population outside New Zealand at that time.

uh. I thought it had been established that not all of Zealandia subsided already simply because of the nontherian mammal fossils found there not too long ago, but more evidence is always good. It'd ahve been even kewler if Zealandia had stayed above water altogether though. 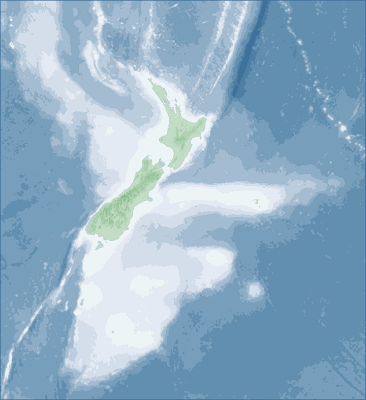 Despite the mammal remains the idea of total submergence is still being pushed:

Terrestrial fossils from the early Oligocene would help resolve this issue.

I've been doing a lot of volunteer work at the University of Otago, and it is amazing to see the submerged Zealandia conterversey up close.

Most of the submerged advocates these days are geologists, who routinely ignore and rationalize fossil discoveries... Sort of like those in a camp starting with a BIG c...

One of the biggest finds (not sure if its published yet or not, but I can find out if your interested) is a speices of fossil fresh water clam that has been found here on the South Island that could not have been transported after a submersion due to its insane sensitivities to salinaty.

However in the same talk where this very compelling bio-stratigraphic evidence was presented, I watched two volcanic geologists in the question period attempt to rip the poor palaeontologist apart. Their arguments were essentially fossils don't matter in geologic studies...