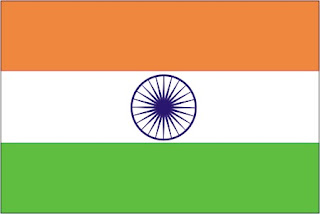 For obvious reasons, everyone talks about a world dominated by China.  China is likely to have an economy which will be x times larger than the US on the future's horizon.  For the moment, assume the economic size is remains tied to the population size.  Which case, the projections I have seen for India's population in 2050 is larger than China's by a fair bit.  if the world stabilizes around then, population wise, circa 2100 its probable India will have a larger economy than China will, even if they have the same per capita economy.  Even more so, should China be unsuccessful in reversing the one child policy, say, because the family size has become cultural, this could be even worse (though to be fair, India's TFR has fallen considerably, too.  It does remain above replacement).

Projecting 2100 with rigor is hard.  However, that's never stopped science fiction!  On the other hand, let's try to keep a little rigor here.  What WOULD an Indian dominated world look like?
Posted by Will Baird at Thursday, June 13, 2013

India's smaller size means that it's more strategically vulnerable; even in the 22nd century, countries are going to need access to resources that are distributed unevenly around the world.

In a world where sea lanes are open and trade is free -- i.e., the world of the last 65 years -- that's easy enough. But that world exists because of a consensus among nation states that it's a mutual good, with the US Navy as final enforcer of same.

A good scenario: the US gracefully hands off global naval dominance to India, rather as the Brits did to the US.

A bad scenario: wars and economic depression and maybe some new stuff, gengineered plagues or lethal cyberattacks on essential infrastructure, whatever. Net macro, the middle half of the 21st looks a lot like the first half of the 20th. When the dust settles, India is the least maimed. (Not a post-nuclear world. More of a post-clusterfuck.)

The robots? No effect on the question of this post?

Although I am intrigued by the Great Clusterfuck.

If you notice, I stated "assume the economic size is remains tied to the population size." This would preclude robotics doing more than moving folks around within the economy. Its a change, but not disruptive.

I suspect the best case scenario - within the constraints above - is a Special Relationship between India and the US a la the US and UK now.

The Great ClusterFuck. This would be the extreme other end of the spectrum. What could that be?

Climate change. They are moving the talks to mitigation rather than just prevention now, btw. However, this will hit everyone. Damnit, I need to rewrite the post...

The transition of power will be another potentiality. China taking from the US and the the US not accepting or even possibly Russia not accepting its third tier status and taking a swing at some international push (re maybe Syria, but with guns)

I think the first cyberwar is going to be rather ugly. First time use always is. The WW1 of hacking? Actually, that's likely to be the case.

I keep wondering if someone will release an avian flu on steroids or an airborne rabies or some such, but that'd be an apocalyptic GCF though.