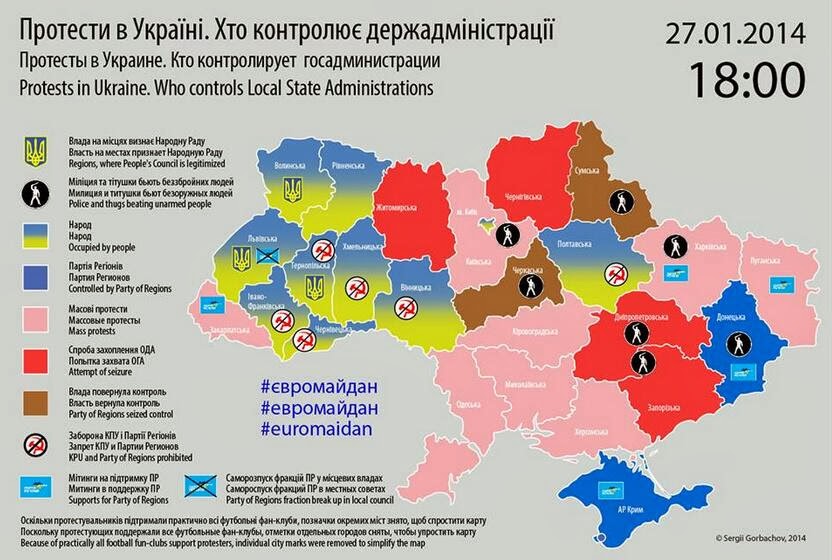 There has been some pushback each way.  Two of the regions had their HQs taken over by the opposition.  The regions' police took them back.  From the sounds of things, Yanukovich is bringing police from the Donbass to Kyiv.  If so, this is gonna get messy.

OTOH, he's stated he will repeal the oppressive protest laws which were a total mistake to do in the first place and relit the Euromaidan protests.

OTOOH, the justice ministry is threatening a state of emergency.  While the foreign minister contradicts the threat.  Is this a case of someone jumping the gun and being frustrated or the government starting to fracture?

OTOOOH, yanukovich tried to coopt the opposition by offering them positions in the government.  Effectively bribes.  I'll let you int the family.  Just stop this.  Didn't work.

OTGH, what happens tomorrow will show whether this explodes beyond what we've seen or things stabilize.  Its been crazy.
Posted by Will Baird at Monday, January 27, 2014