Ukraine Update: Win Some, Lose Some 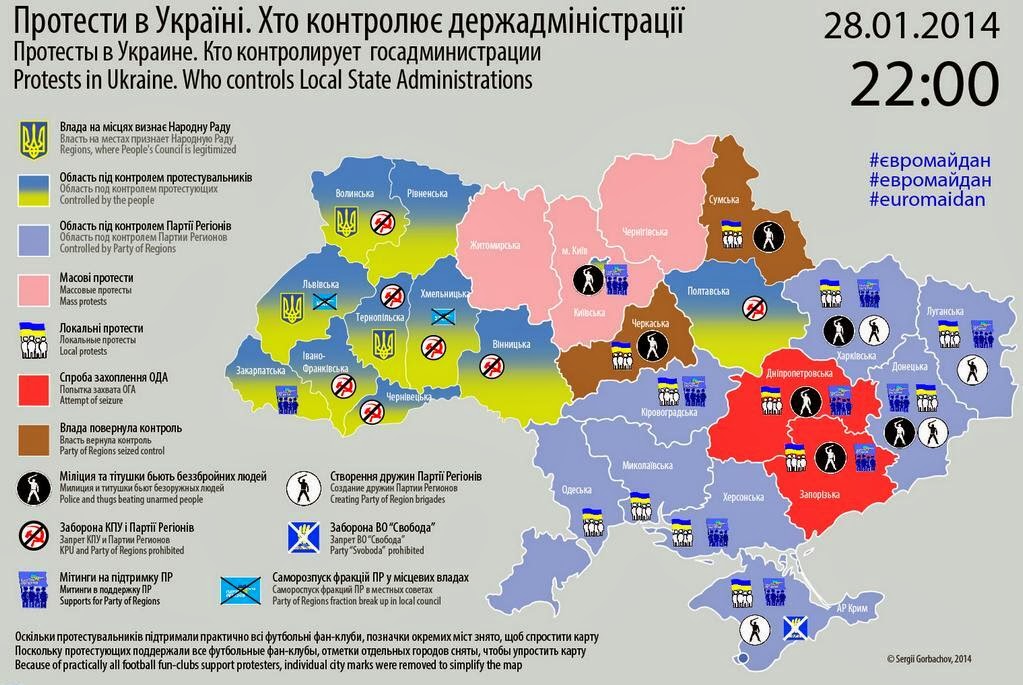 Yanukovich fired his Prime Minister.  Likewise, he had the laws repealed banning the protests. In that respect he's lost ground and made concessions.  The opposition and protestors are stating they are not giving up with even those concessions.  The Carpathian region police resigned rather than go bust heads.

OTOH, even Euromaidan has accepted their attempts at takeover in the Russian speaking regions is faltering as you can see from the above map they put out on twitter.  Furthermore, the leaders are appealing to the protestors not to walk away now that the immediate provocation of the protest laws are gone.  They state they want a snap election for president and for a return to the 2004 constitution/new constitution.

OTGH, the divide is looking increasingly like Ukrainian speaking vs Russian speaking match.  The only way the Euromaidan can win is by convincing the locals in the East.  That will be tough.