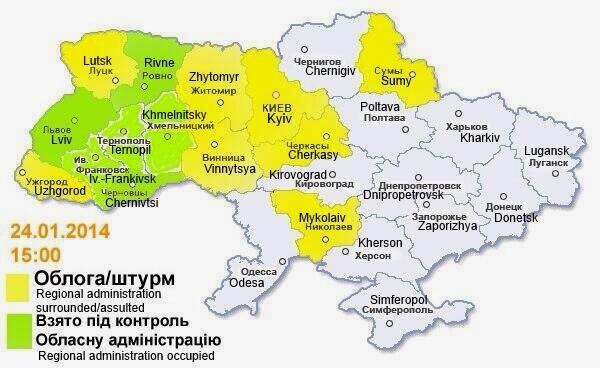 The protestors rejected it.

Members of Putin's government have stated Russia will not intervene, but Putin himself has not commented.

A policeman has been reported shot and killed in another district than where the Maidan is.

TV news people are quitting.  They have stated they cannot stand and state nothing is happening on the news when that's patently not true.

So far, the police have been the only ones opposing the EuroMaidan and the 'Berkut' (Eagles) which are paramilitary forces for the interior ministry.  The army has stood aside.  So long as they do so, the Euromaidan stands a chance.
Posted by Will Baird at Friday, January 24, 2014