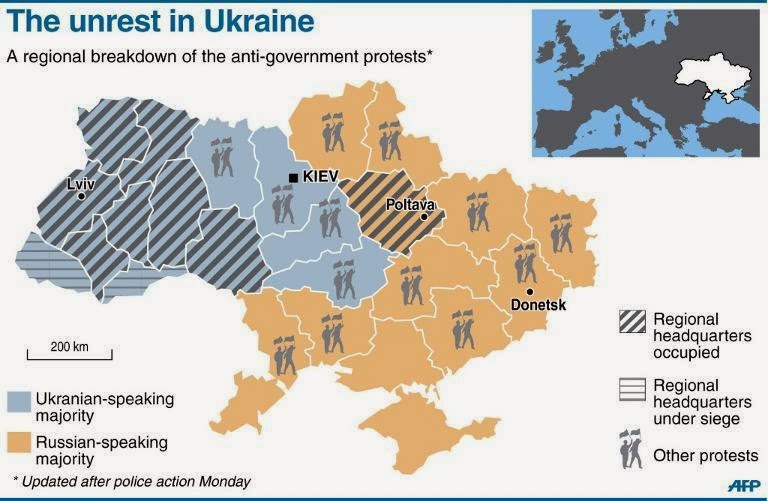 The risk map returns!  Except is not Euromaidan which has put it out.  Its Reuters.  If anything this is not good.

Yanukovich supposedly signed the law granting amnesty if the protestors vacate the buildings in 15 days.  This went up on the presdient's website but there has not been an accompanying presidential decree.

Dmitri Bulatov.  A protestor tortured and crucified.  And now turned loose. Words fail.  Outrage is totally inadequate. Sadly, this is just the most extreme version.  Others are worse.

Two protestors in Dnipropetrovsk were arrested for "planning a terrorist act."

Police have been trying to arrest an unconscious protestor "for questioning" in Kyiv.

Most ominously, the army is calling on the president to restore order.  That can only end well.  Most are taking it as a sign the army will support Yanukovich.  That's bad.  No matter what the army getting involved is bad.
Posted by Will Baird at Friday, January 31, 2014