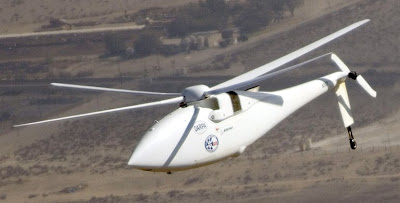 As I said about the X-47B being the single most important fighter/fixed wing project, the Hummingbird is definitely that for the rotary wing craft. Just behind it would be the tilt rotor C-130 replacement.
Posted by Will Baird at Friday, December 19, 2008