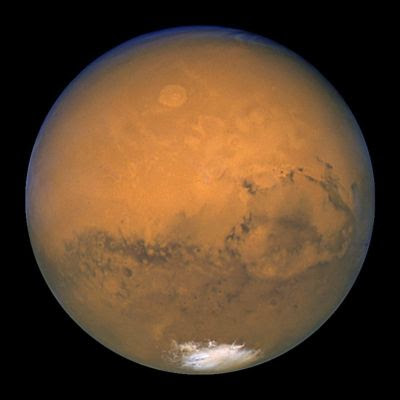 China will team up with Russia to launch two satellite probes to take pictures of Mars and one of its small moons in October next year as it seeks to cement its place in the select ranks of global space powers.

A Chinese-built probe will piggy-back on a Russian-built rocket which would also be carrying a Russian satellite, the Beijing News said, quoting a Chinese lead designer on the project.

The two countries' satellites would travel together for 11 months, with the Chinese probe powered by Russia's, before separating on entering Mars' orbit, the paper said.

The mission planned for the Chinese probe to spend a year in orbit taking pictures, Chen said, but designers were still puzzling over how to keep the solar-powered probe functioning during seven "long shadow periods."

The probe would have to pass through seven periods of 8.8 hours in darkness when the sun would be obscured by the red planet, with temperatures plunging to 200 degrees below Celsius, the paper said.

While it could turn itself off to conserve energy, the concern was that it might "freeze to death" and not be able to turn itself back on.

hrm. No bent metal and its supposed to launch next year. hmmm.
Posted by Will Baird at Friday, December 05, 2008