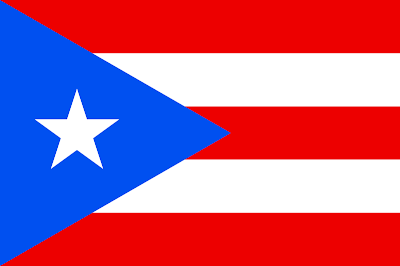 A Spanish colony until 1890, the island fell under US control, becoming a commonwealth in the fifties of the last century.

One hundred and ten years after shifting from Spanish to American rule, some things indicate that something is changing in the Caribbean island. And that this something is not playing in favor of independence, but quite the contrary.

As Puerto Rico was the only colony of the Spanish Empire that did not proclaim its independence, one would tend to think that this would be the next chapter in its history. But this is not the case: Puerto Rico seems to march toward statehood.

CNN broadcast a survey revealing that 60 percent of voters would prefer statehood for Puerto Rico, a percentage that the local papers –The Voice of Puerto Rico and The New Day — reduced to 57 percent. But this is a historical first: it is possible that for the first time, Puerto Rico could become the 51st state in the Union.

If since the ‘80s the votes that advocated statehood never rose above 46 percent, now they have grown between 11 and 14 percentage points. Luis Fortuño (candidate for the PNP and supporter of statehood) has a support that surveys have estimated at around 64 percent.

As a member of the Spanish-speaking community, one would tend to think that Puerto Rico has a pending date with history, and that it should move toward independence.

But historical processes do not obey the wishes of those who write about them; they simply present the outcome of history, leaving us to adapt to it.

Everything suggests that Puerto Rico will become a full-fledged State of the Union.

And perhaps this is not the worst thing that could happen. When we think of the unusual association of Puerto Rico with the destiny of the Union (as a commonwealth), that it has been freed from suffering dictatorships like those of Duvalier, Batista, Fidel Castro, Somoza, and others, one sees that the citizens of the island have not had it half bad.

If we add to that list of names characters like Pinochet, Videla, Stroessner, Fujimori, Perón, Chávez and many others, it seems even harder to find arguments against Statehood.

Something I stumbled across. It's a different and interesting take on the Statehood question. The author is Javier Del Ray Morató, a professor of Political Communication and General Information Theory at the Complutense University of Madrid. I am sure that Noel probably knows more of him than I do...
Posted by Will Baird at Friday, July 11, 2008

Woot! Go PR. Personally, I think it would have gone to a vote this year if this Congress wasn't so bad, even by the low measures of Congress.

Y'know, I am really less than pleasant things to say about this Congress, but it'd be pointless. I'm planning on voting AGAINST my congress critter, but she's so entrenched that it's pointless except as a protest.

HR 900 made it onto the Union Calendar, but I can't seem to find anything about when the vote is supposed to happen.

The CNN poll might be biased to those that voted. The polls on status have typically had a higher percentage than what was in the primary.

that said, I really, really want them to make the leap to statehood. Keep your fingers crossed.

I had that impression, but I don't have any proof. I wonder why? It'd strengthen the Democrats, theoretically.

The article that you are presenting does not include some details.
the poll was taken by a newspaper owned by pro-statehood sympathizers which now openly favors the pro statehood party candidate in the next elections.
I think Puerto Ricans do not want to give away their national identity (culture, language and symbols). They continue to reject annexation to the US, maybe they see how Hawaii lost it all, and now Hawaiians are a minority in their own land, speaking a foreign language while their culture is now part of 'heritage clubs and museums'.
The governing party and the present governor want Sovereignty for Puerto Rico.
see BBC news article 'Puerto Rico in independece bid "
http://news.bbc.co.uk/1/hi/world/americas/7445615.stm

There are a few things that are not quite right about what you have said.

Second: Acevedo Vila does not want independence. He wants an enhanced commonwealth status that remains within the USA, but allows him even more room to do whatever he wants. he wants all the benefits of statehood and an independent country. It's a status that does not work under the US Constitution. It's not something he's going to get. Both parties, three presidents, and several Congresses have stated this.

What Vila did in front of the UN was merely grandstanding.

What he's trying to do is undermine what's in process now. HR900 is making slow, but good progress through Congress. It didn't allow for the status that he wanted. So far, he's helped to slow its progress through Congress and helped work in the 'Constitutional Convention' aspect. he hopes to dominate the convention and see if he can get what he wants that way. The problem is that it has to be approved by the US government....if it goes against the Constitution...well...erm. it'll get rejected and at least he'll get to keep his current status a while longer At least until the next plebiscite 8 years later, since that is included in HR900.

Finally, Puerto Ricans have been polled a number of times. if the options are to keep things as they are (ie a colony, ahem, commonwealth) vs statehood or independence, a slim majority seems to hold sway that they like things as they are. However, when you leave out the 'as is' status then PRicans poll overhwelmingly for statehood rather than independence: iirc, it's something like 85% to 15%. That's the historical data.

The question is whether or not that position has shifted. Have the statehooders finally crossed the 50% line? The article above claimed that it did. Could be. However, I suspected sampling bias (as I told Mike there) and you have appeared to confirm that.

However, I have a suspicion that the reporting of this, no matter what, is rather biased. It's an issue that stirs passions, whatever they may be.

Best way to find out is to do the vote. If they want independence, let PR become an independent country. If they do not, it's time for statehood. No more colonies.