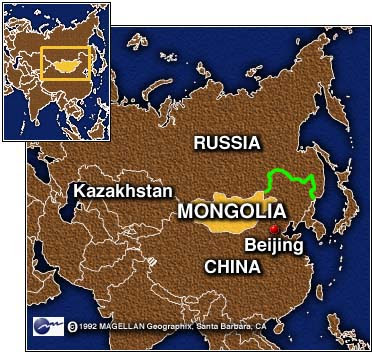 Russia moved to finalize its border arrangements with China in an apparent bid to prop up its bilateral “strategic partnership.”

On July 21, Russia and China signed an agreement that finally settled the demarcation of their 4,300-kilometer (2,672-mile) border, the longest land frontier in the world. Russian Foreign Minister Sergei Lavrov and his Chinese counterpart Yang Jiechi signed the border agreement, which involves the handover by Russia of two river islands.

See! That wasn't so bad! It didn't hurt too much[1]. I think the Japanese and, maybe but doubtfully, the Europeans might want to talk too.

The border agreement amounted to “shameless” surrender of Russia’s territory designed to appease China, opposition politician Eduard Limonov told the Ekho Moskvy Radio on July 21. Such an agreement should have been subject to approval in a referendum, said Limonov, who heads the radical National Bolshevik party, currently banned by the Russian authorities.

doh. Some gnashing of teeth it seems anyways.
Posted by Will Baird at Wednesday, July 30, 2008