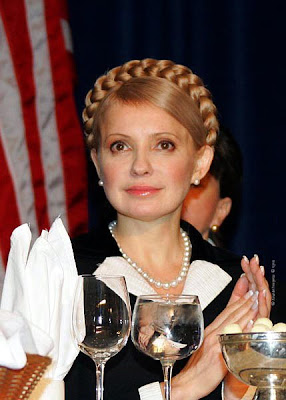 The opposition in Ukraine’s parliament has failed to oust the government of Prime Minister Yulia Tymoshenko. Only 174 deputies in the 450-seat chamber voted in favor of a no-confidence motion against her on July 11, far short of the 226 needed. Summer vacation started for parliament on the same day. This means that Tymoshenko stays until at least September, when parliament will reconvene.

This was a victory against the odds for Tymoshenko. She no longer has the support of a majority in parliament after two deputies left the coalition of the Yulia Tymoshenko Bloc (BYT) and President Viktor Yushchenko’s Our Ukraine—People’s Self-Defense bloc (NUNS) (see EDM, June 25). Nor does she enjoy the backing of Yushchenko or those ministers who represent NUNS in her government. Yushchenko is unhappy with her economic policy, and he apparently views her as a probable rival in a presidential election campaign that should start in 2009. Nevertheless, the opposition turned out to be even weaker than the Tymoshenko government.

Whoa. I thought her falling out with Yushchenko would ahve cost her the PMship. She obvious has been working behind the scenes to prevent her own fall. I'm impressed.
Posted by Will Baird at Wednesday, July 16, 2008