The Climate Effects of a Nuclear War 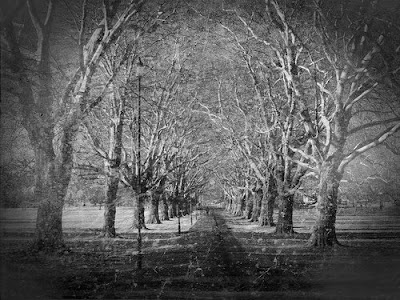 Professors Brian Toon and Alan Robock of the University of Colorado and Rutgers University, recently presented their research on the potential climatic effects of a nuclear conflict to congressional staffers and interested parties. The event, sponsored by the American Association for the Advancement of Science (AAAS), examined the environmental impact of a hypothetical nuclear war between India and Pakistan.

Toon prefaced his lecture, saying that his and Robock's research is a continuation of nuclear winter research from the 1980s. The term nuclear winter refers to significant widespread climate cooling caused by massive quantities of aerosol particles thrust into the atmosphere by the use of nuclear weapons. Toon, and later Robock, emphasized that the concept of nuclear winter has not been discredited, as some believe.

Beginning with statistics on the world's current nuclear arsenal, Toon explained that the total number is about halved from 1980s levels. In 2002, the U.S. and Russia agreed to reduce their
operationally deployed strategic warheads to between 1,700 and 2,200 by the end of 2012 through the Strategic Offensive Reductions Treaty (SORT). While that number is heartening, there remain an estimated 27,000 nuclear weapons worldwide. Moreover, 40 countries are believed to have fissionable material and, according to Toon, 200,000 nuclear weapons could be made out of what is "sitting around."

After showing images from Hiroshima, Toon explained how "one nuclear explosion can cause orders of magnitude more fatalities than previous wars." According to Toon's research, the advent of megacities, and developments in nuclear technology have dramatically raised potential fatality numbers even when far fewer weapons are used. Toon estimates that 50, 15 kiloton nuclear weapons, strategically used against the U.S., could kill approximately 4 million. A nuclear war between India and Pakistan could result in more than 20 million deaths.

The density of flammable material in megacities, and the strategic value of striking those cities in a nuclear conflict, means that huge amounts of aerosol particles would be introduced into the atmosphere in even a regional war. For example, an India-Pakistan nuclear conflict could produce 7 million tons of smoke and dramatically reduce the average global temperature. In a global conflict where the entire U.S. and Russian SORT arsenal was used, 180 million tons of smoke could plunge average global temperatures to ice age levels.

Robock followed with a discussion on the technical details of nuclear-induced climate change. Advances in computing technology have allowed for more sophisticated climate models which have reaffirmed the threat of nuclear winter. Toon and Robock have used the NASA GISS ModelE atmosphere-ocean general circulation model to test various nuclear scenarios. Robock explained that a nuclear war would cause extraordinary damage to the ozone layer, and affect all latitudes. Precipitation rates and growing seasons would also be change.

This comes out of an email. Please take with a grain of salt. Or a shaker or two. The reason that I say that is because people have warped the climate science wrt 'nuclear winter' a lot. One of the big arguments for the nuclear winter scenario is the impact that volcanic eruptions and the climatic effects that they have had. I am dubious, especially since the presenters above resorting to displaying Hiroshima and Nagasaki pictures...something that's a blatant appeal to the emotional side rather than walking through the numbers.

Blatant emotional appeals immediately set my guard up.
Posted by Will Baird at Friday, July 18, 2008

Will, I've never quite understood your disdain towards nuclear winter research. I've examined a number of the models, and they are what they say what they are. They've only been 'discredited' in the popular press, as part of a partisan noise machine tactic which should be extremely familiar to you.

The climatic effects of a nuclear war appear to be enough to disrupt hemispheric agriculture for several growing seasons. That means mass death for much of the world's population, just as the explosion of Tambora caused famine and dearth throughout Eurasia and even North America.

I haven't come across any nuclear winter *studies* which claim human extinction as the likeliest possibility, as you've said they have in the past. For this topic, I wouldn't go by popularizations. (Although Sagan would say some wild stuff after he toked up.)

If memory serves, one of Robock's recent papers has a review of all the nuclear winter models up to the present day. You might want to track it down. Most of them are pretty simple -- like, run on an Excel spreadsheet simple -- but they appear to be robust.

Sadly, the much missed Carl Sagan exaggerated "nuclear winter" climactic effects forecasting dire consequences should the oil wells get torched pre Gulf War I. The oil fields did get torched and years were spent getting them back. No major ecodisaster. Admitedly, the degrees of torchiness in Sagan's case weren't specified nor is there readily available info on precisely how many burned and how long.

I'll see if I can whip up a good answer this week. It's not as simple as Sagan's oopses. :)