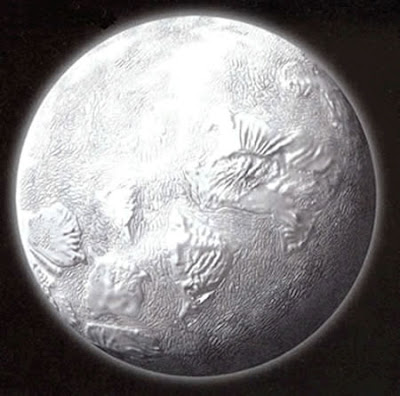 Even in geology, it's not often a date gets revised by 500 million years.

But University of Florida geologists say they have found strong evidence that a half-dozen major basins in India were formed a billion or more years ago, making them at least 500 million years older than commonly thought. The findings appear to remove one of the major obstacles to the Snowball Earth theory that a frozen Earth was once entirely covered in snow and ice – and might even lend some weight to a controversial claim that complex life originated hundreds of million years earlier than most scientists currently believe.

"In modern geology, to revise the age of basins like this by 500 million years is pretty unique," says Joe Meert, a UF associate professor of geology.

Agreed Abhijit Basu, a professor of geological studies at Indiana University: "The required revision is enormous – 500 million years or about 11 percent of total Earth history."

Meert is one of eight authors of a paper on the research that recently appeared in the online edition of the journal Precambrian Research.

The Purana basins – which include the subject of the study, the Vindhyan basin – are located south of New Delhi in the northern and central regions of India. They are slight, mostly flat depressions in the Earth's crust that span thousands of square miles. For decades, Meert said, most geologists have believed the basins formed 500 million to 700 million years ago when the Earth's crust stretched, thinned and then subsided.

The researchers were working on an unrelated project and had no intention of re-examining the basins' age. But then a UF graduate student, Laura Gregory, dated a kimberlite retrieved from the Vindhyan basin to about 1,073 million years ago. A kimberlite is a volcanic rock that contains diamonds.

Gregory also used paleomagnetism, a technique that estimates where rocks were formed by using the orientation of their magnetic minerals. Curious about whether the kimberlite results would apply more generally to the region, fellow UF graduate student Shawn Malone compared the kimberlite's orientation to other rocks from the Vindhyan basin. To his surprise, he found the orientations were virtually identical.

As a result, the geologists expanded the investigation, using a modified chain saw to drill wine-cork-sized cores out of dozens of rocks collected from 56 sites. Their contents all also had the same or very similar magnetic orientation, Meert said.

As a result, the geologists expanded the investigation, using a modified chain saw to drill wine-cork-sized cores out of dozens of rocks collected from 56 sites. Their contents all also had the same or very similar magnetic orientation, Meert said.

Much of the basins are composed of sediments that cannot be dated using any method. But Meert said the sediment also contains zircon, which can be dated using laser mass spectrometry – vaporizing tiny bits of the rocks with a laser, then analyzing their uranium and "daughter" lead contents to tease out their formation date based on rates of decay.

All the zircon the researchers tested originated 1,020 million years ago, Meert said.

Interesting. So the reason that this helps support the Snowball Earth Hypothesis is that the sediments of these basins appeared to be free of glacial evidence. This implied that the the world could not have had a SBE phase. The scientists here found evidence that the basins were created about 400 million years before the SBE period. That removes at least one of the bits of counter-evidence. If they are correct.

It doesn't prove the SBEH is correct. Merely that it has less opposition. This isn't the same thing. Indeed, all this does is remove one area that was supposedly ice free from the list.
Posted by Will Baird at Thursday, July 03, 2008