The Dangers of Stupidity 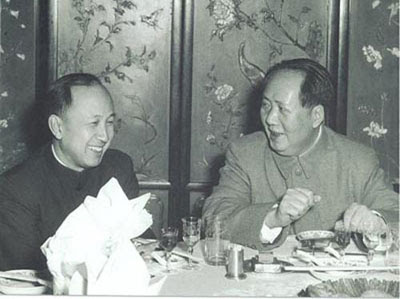 (Tsien Hsue-shen with Mao Zedong in 1956, not long after Tsien had been deported from the United States. (credit: Chinese propaganda photo via Dwayne Day's article)
One of the nasty twists of irony is that the United States is that we gave the Chinese the tres big boost to get their ballistic missile and space program going. The PRC didn't have any scientists or engineers trained for rocketry whatsoever until the FBI began harassing Tsien during the McCarthy era. Tsien was very apolitical at the time. He did file a request to go visit his parents in China after he had already done so with government approval. Then he was harassed and even put under house arrest for five years. After that Tsien was deported. The rest is history.

I recommend that you read the Aviation Week article and Dwayne Day's article on the subject.